By LINDSEY JOHNSON
ljohnson@postregister.com
Editor’s note: The story has been updated to correct the attribution of two quotes from Ramiro Diaz to Eric Olvera. 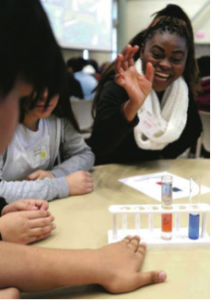 Three buses carrying nearly 100 students from all over the state arrived Friday morning at the Idaho National Laboratory to start the first INL Multicultural Leaders in STEM event.

INL K-12 STEM partnered with TRiO on the event in an effort to reach out to minority, underserved and potential first-generation college students from 30 high schools throughout the state.

In 2016, INL received positive feedback after hosting high school students from throughout the region at the My Brother’s Keeper initiative, which was introduced by former President Barack Obama in 2014.